SINGLE PAYER NATIONAL HEALTHCARE
IT IS DEFINITELY WORTH FIGHTING FOR 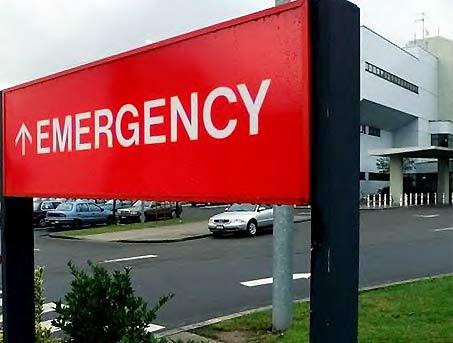 Single-payer national health insurance is a system in which a single public agency organizes health financing, but delivery of care remains largely private. Other advanced nations provide comprehensive coverage to their entire populations, while the U.S. has 45.7 million people completely uninsured and millions more inadequately covered. Our healthcare is outrageously expensive and woefully inadequate.

In the United States we spend an average of $7,129 a year on healthcare per person, more than in any other developed nation in the world. Private for-profit health insurance companies waste $350 billion per year in billing, profiteering, and redundancy. The latest data is U.S. hospitals are spending 25 percent of their total budget on billing and administration, and hospitals in single-payer nations like Canada and Scotland are spending 12 percent. There are less trauma centers in Southern California, where I have lived most of my life, than there were a decade ago because they are facing financial ruin. Fully sixty-two percent of personal bankruptcies are filed due to medical debts. So, where did the money go? For the most part, it goes to big insurance companies and drug manufacturers whose executives vote themselves salaries and stock options that pay them more than the president of the United States makes. The healthcare situation is similar to that of Wall Street in that a handful of greedy individuals are ruining things for the rest of us. The only health they care about is a healthy profit. Corruption is rampant. Drug companies promote their products by bribing doctors and politicians with donations, seminars given in resorts, and swag. It should be illegal, but for the most part it isn't.

Perhaps the worst offender is Senator Max Baucus of Montana, who has sold his soul to the devils who precipitated the healthcare crisis in exchange for the campaign contributions that keep him in office. He has taken more drug and insurance company money from lobbyists than any other Senator. It is a travesty that Senator Baucus has not reclused himself from the hearings concerning healthcare reform. Rather, he has chosen to have 13 people arrested for vociferously insisting that he include a single-payer advocate on a committee he is forming to come up with a national healthcare plan. He should be made to get down on his hands and knees and beg them—and the millions of American men, women, and children whose health he has endangered with his mercenary, obstructionist tactics—for forgiveness.

The national health plan that President Obama is proposing is a rehashed version of the Hillary Clinton health plan that the voters rejected when her husband, Bill, was in his first term in office. It is designed to put more money in the pockets of large pharmaceutical manufacturers and insurance companies at taxpayer expense. I urge you to reject the Hillary Clinton/Obama plan in favor of S703, the national single-payer health plan that is coming up for a vote in the Senate. Write or fax your representatives in Congress and let them know you are sick and tired of being fleeced. They get excellent health care. We deserve it, too. After all, we are the ones who are paying for it. They either give us what we want or we throw the bums out. The politicians are supposed to work for us but they seem to be in the pockets of special interest lobbyists. It is time for change. We want jobs, affordable housing, and healthcare and we are not going to settle for anything less.